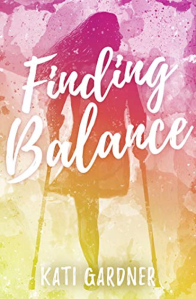 Gr. 9-12 ***Starred Review***  Like Jase Ellison, Mari Manos is a cancer survivor. Unlike Jase, however, Mari lost one leg to the disease. Both teens are close during summers at Camp Chemo, but when Mari transfers to Jase’s exclusive Atlanta West Prep, he freaks. No one there knows his medical history, so instead of welcoming Mari, he rudely pretends not to know her. Mari’s life at AWP grows more miserable as Jase’s girlfriend spews hurtful comments about Mari’s economic status and disability. As a result, Jase struggles between maintaining his reputation and supporting Mari. Nevertheless, a connection between the two remains due to their shared reality of being misrepresented and misunderstood. [Read More]