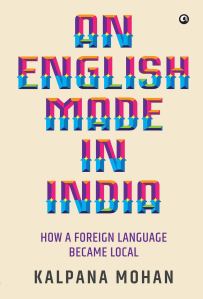 Language is fluid, and anyone who has successfully made it to adulthood has experienced slang growing into accepted usage and accepted usage shifting as new verbal practices infiltrate conversation and the written word. Such is the conundrum India has encountered since the British East India Company carried out the will of its crown. In her engaging, entertaining, and educational book, An English Made in India: How a Foreign Language Became Local, Kalpana Mohan cleverly mixes pieces of India’s history with an examination into how England introduced its language as a weapon, how English morphed into a tool for advancement and became the link between languages, and how what once was meant to separate eventually resulted in a near-unifying, powerful “Indian English.” [Read More]